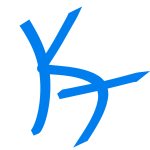 In this episode I talk a little bit about it raining in Las Vegas and taking my Highlander out in it tonight. I also discuss some of the headlines of the day including the Commander in Chief idiotically criticizing an active duty officer for wearing his uniform when required, Mango Mussolini’s efforts to encourage other pieces of shit in the military to commit war crimes by pardoning criminals, a Fox News talking head meltdown-fest, Chick-fil-A finally stopping support for anti-LGBTQ charities and the absolute stupidest story of the day – Ohio legislators attempting to require through anti-abortion legislation the literally impossible task of re-implanting ectopic pregnancies. I also have a little rant about conservatives and centrists in America.